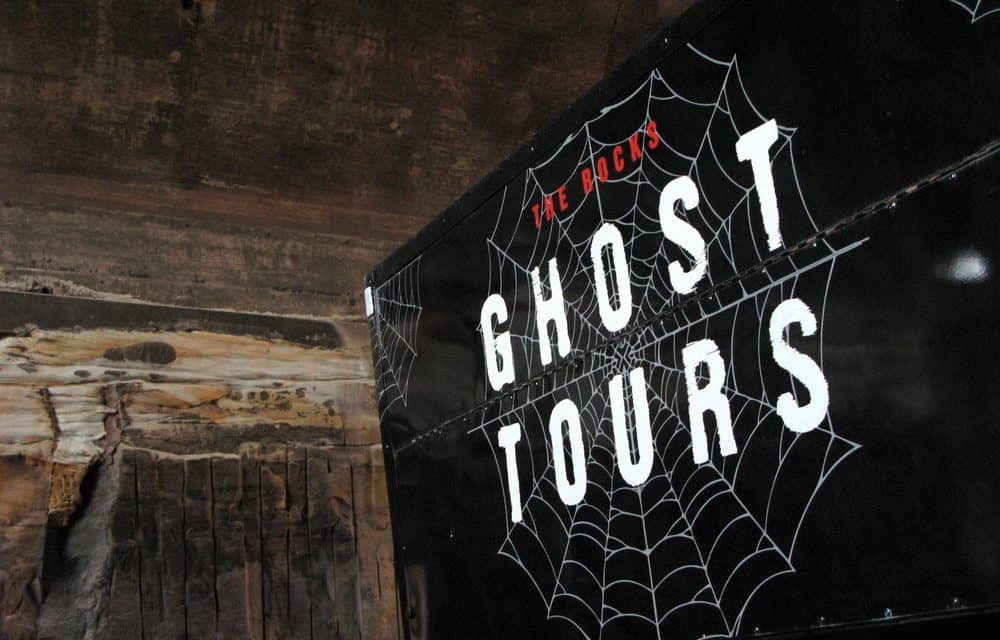 Since it is almost Halloween, I thought we might have some fun with some real ghost stories from America's industrial past. I recently learned  that the Slater Mill manufacturing complex, an old mill near my home, was opening its doors for night time ghost hunting tours lead by nationally recognized paranormal experts Carl and Keith Johnson and I could not resist grabbing some friends and checking it out. Read on to hear and see what we experienced:

In 1789, at the young age of 21, Samuel Slater took his first step on American soil. Four years later he opened a Textile Mill in Pawtucket, Rhode Island that would change the course of American industrial history.  It's hard to believe that so much could be accomplished at such a young age! Slater had been working in textile mills in Britain since his teens and had made it to the position of supervisor. He was very familiar with the intricate workings of the spinning machines and their relationship to the water wheel that powered them. He left Britian with all of this information in his head, ready use it to strengthen America's fledgling textile industry.

Slater used his knowledge and engineering skills to adapt advanced British milling technology to the land in Rhode Island where he built his first mill. He adjusted the wheel plans to fit the the force and size of the Blackstone River that would power it.  Today, his cotton spinning machines, his introduction of the water powered wheel to American mills, and his development of the first successful mill town, has given him the title of  “The Father of the American Industrial Revolution”.

Some say Slater's ghost still walks the floors of the Old Slater Mill, along with the restless spirits of those who were killed by its powerful machines.

Today, the Slater Mill museum complex stands as a gateway to the past with a view of the start of the American Industrial Revolution. The complex consists of the Old Slater Mill, the Wilkinson Mill, and the Sylvanus Brown House.  We were brought through each of the buildings, in the dark, with the ghost hunting technology and knowledge of the Johnson brothers.

We started our ghost hunt in the Old Slater Mill building, which was built in 1793 and is recognized as the first textile spinning mill in America to be powered by a water wheel. This building has gone through various owners who have used it to manufacture items from thread to coffins, until 1921.

The Slater Mill building is said to be haunted by the spirits of children who were killed while working around its dangerous machinery.

It was not uncommon at all for children as young as 4 to work in mills. In fact, a large majority of the employees of the Slater Mill were between the ages of 7-16.  Hired for cheap labor, children were ideal for the job of tying up broken threads and untangling threads from mill equipment. Machines would not be stopped at all, and children would have to be quick to escape being maimed and even killed by the powerful devices.

The screams of these children have  been heard by museum employees.  The night of the hunt, we heard nothing.  However, one of the ghost hunting machines did register a drastic drop in temperature in several areas of the mill, especially near large machines like the ones pictured below, where deaths were said to have happened.  A quick drop in temperature is a  sign of paranormal presence, according to the Johnsons.

The next building we investigated was the  Wilkinson Mill, built in 1810. This building houses the wooden wheel that powers machinery in this mill and the nearby Slater Mill. The walls of the Wilkinson Mill were built of 3 feet thick fieldstone strong enough to withstand the vibrations of the turning water wheel. The high mineral content of the fieldstone walls, and of the water of the mighty Blackstone River that passes through it, make this building highly charged for paranormal activity, according to our ghost hunting specialists. The Wilkinson Mill building was used to build and repair the gears and machines used in the Slater Mill.  David Wilkinson,  of the family whom the mill is named after, was a mechanical engineer and inventor, and is said to be the “Father of the American Machine Tool Industry”. 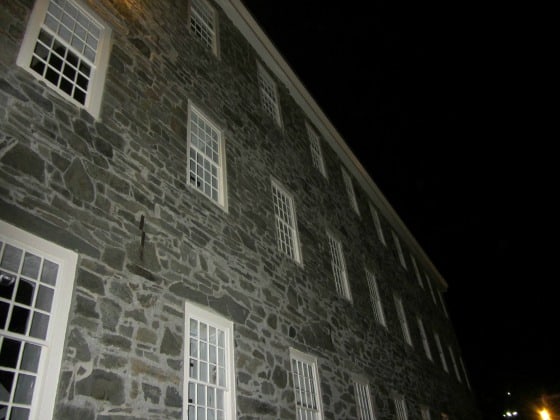 In my opinion, this was the creepiest building of the hunt.

We first visited the machine room of the mill. Here, tools and mill equipment were invented, made and repaired.

Past visitors and investigators have felt hostility in this area, and there have been reports of a “shadow spirit” that makes its appearance at times. In fact, one of the photos my friend took was confirmed as capturing the image of this shadow spirit.

A few of us from the hunt were picked to visit the basement, which houses the water wheel that powered the machines in both mills. We were brought into the small, dark room, and left inside with the door closed. Wait, did I mention that it was DARK??!!

We were told that the spirits that resided in this space have been known to scratch visitors. One of the spirits is thought to be that of a man who was killed by the powerful water wheel. We all left there a bit spooked but remained scratch free.

The last stop on our ghost hunt was the Sylvanus Brown House, built in 1758 and moved to its present location in 1971. Sylvanus Brown lived in this house from 1784-1824, and it is rumored that Slater himself stayed here for a bit when he first came to the area. Sylvanus Brown was a talented woodworker who specialized in wooden water wheels and as a pattern maker who designed wooden parts for machines.  This house is said to be haunted by a little girl named Becca.

Becca has proven to be a friendly and playful spirit. Ghost hunt participants were able to ask her questions with the use of divining rods. If the rods crossed each other the answer to their questions was “Yes”.

This ghost hunt experience lasted over two hours and was an interesting way to connect with America's industrial past. I don't know if I believe that we encountered any spirits that night, but I have no doubt, given the long and dangerous history of these building, that some do exist there.

The Slater Mill museum complex is located at the original location of the Slater Mill in Pawtucket, Rhode Island. It is open for tours year round. Check out the website here for more information on tours and special events.

It's not too late to make Halloween an American-made holiday. Catch up on all of USA Love List's Halloween coverage, from candy to cooking, costumes to crafts. 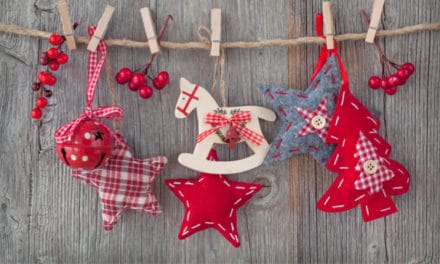 Christmas Ornaments Made in the USA 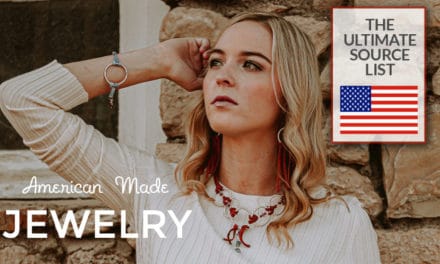 Jewelry We Love: Ultimate Source Guide for American Made Jewelry 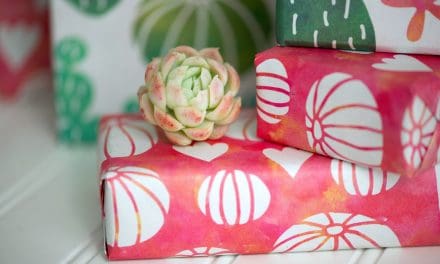 Jill’s Picks: Affordable American Made: 30 Gifts for $30 or Less 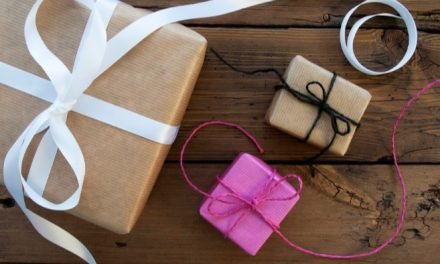