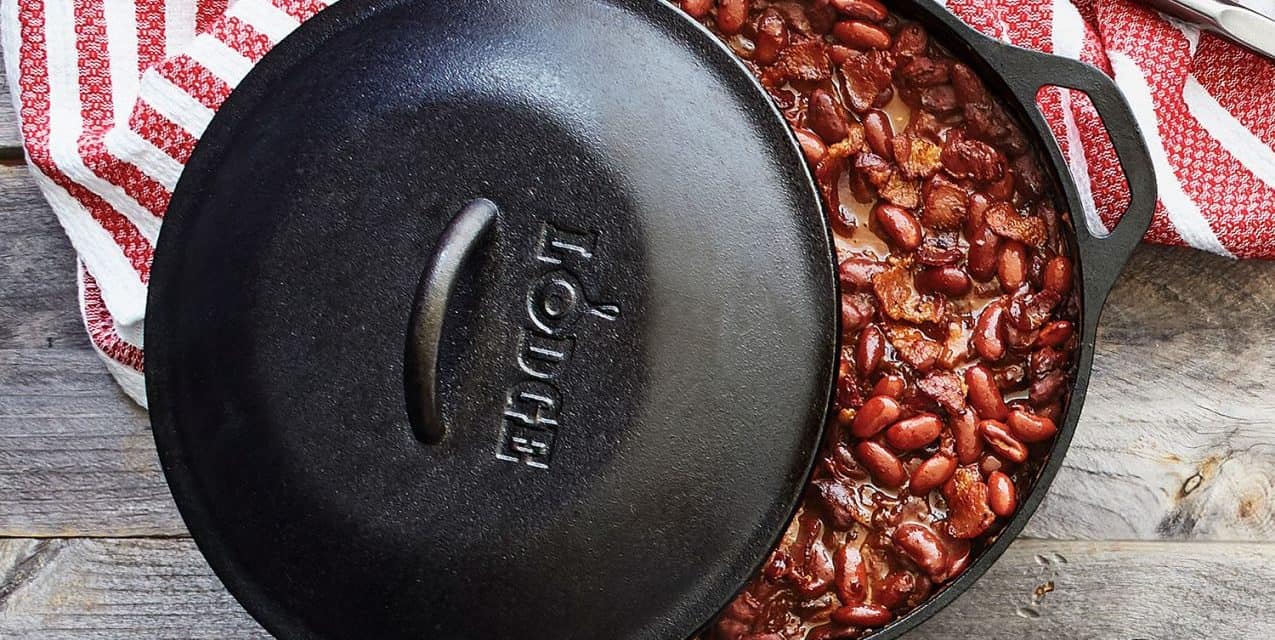 I have always been intimidated by cast iron cookware. Owning pots and pans that needed to be “seasoned” and kept rust free, just seemed too high maintenance for me…until I started using the Lodge Cast Iron Dutch Oven.

I LOVE cooking everything in one pot. My slow cooker was my best friend in the kitchen, and I used it at least once a week to cook dinner for my family. When it kicked the bucket about a month ago, I decided to replace it with an American made one. Well, I could not find a slow cooker made in the USA for less than $100, so off to the big box store I went to purchase a new foreign made one.

When I was walking down the appliance aisle, a display of cookware caught my eyes, as there were American flag tags dangling from the handles of the pans. Upon closer look, I spotted the box for the Lodge Cast Iron Dutch Oven.  Hmmm… I remembered reading somewhere that the cast iron dutch oven was considered “the original slow cooker”….AND this one was made in the USA….. AND it was pre-seasoned! SOLD!

As far as the seasoning and maintenance goes, with this dutch oven it has been super easy. Since Lodge brand cast iron cookware is already pre-seasoned, all I have had to do is maintain it.  “Seasoning” is the process of using a fat (vegetable oil) to coat cookware to prevent food from sticking and rust from forming.  To maintain the seasoning of my dutch oven, I simply wash it out right after I am done with water.  I dry it immediately, and then rub it down with a very thin layer of Crisco. Then, I put it away until next time.  Easy Peasy. Hint- keep the lid cracked when storing, or you will be surprised with a strange smell if there is a long period between usage.

One of my favorite things to make in my dutch oven is chili. I make it to warm our bellies on a cold snowy day, and I make it on game day (HUGE New England Patriots fans over here!), as it's easy to eat in front of the TV. The kiddos love putting toppings on their chili to personalize it to their tastes. Here is my recipe.

As an Amazon Associate and member of other affiliate programs, USA Love List earns from qualifying purchases. 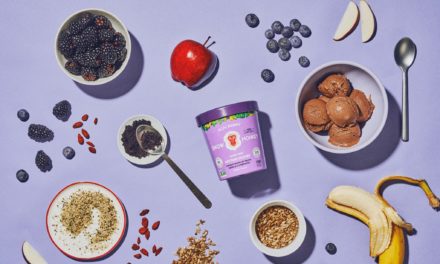 The Best Dairy Free Ice Cream Flavors Made in the USA 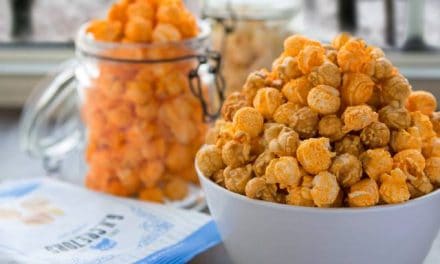 The American Grown, American Made Popcorn Brands and Flavors We Love 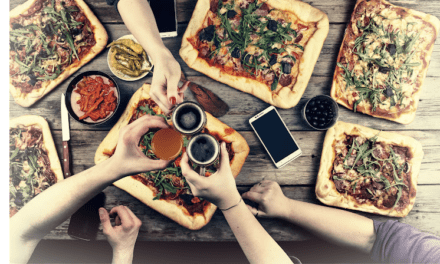 Non Alcoholic Beers Crafted in the USA for Dry January 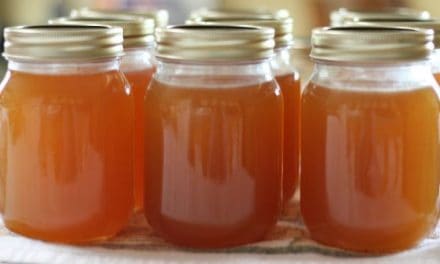 Preserve Summer’s Bounty with Made In USA Canning Supplies, Dehydrators, and More