Made in the USA for Over 100 Years: The Original Green Cleaners 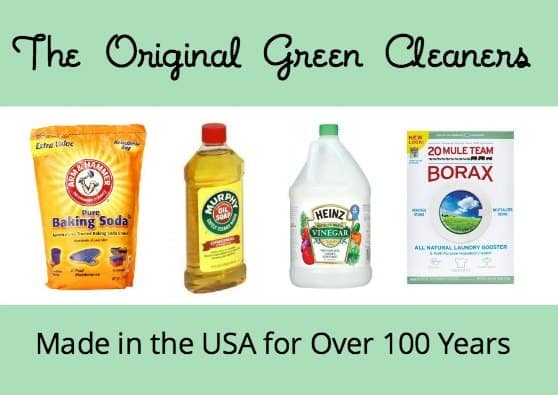 It is so tempting to try the many new green products out there, and I have, but I always find myself going back to the basics. Here are the original green cleaners: classics, basics, all time-tested and trusted, made in the USA for over 100 years.

When walking down the cleaning product aisle (or more likely AISLES) of your local department or grocery store, take a look at the products. From bathroom cleaners to kitchen disinfectants, to laundry detergents, it seems like every manufacturer of household products has come out with an eco-friendly line of green cleaners.

But when I open the cupboard under my kitchen sink, I probably see the same made in America cleaning supplies my great-grandmother used: Arm & Hammer Baking Soda, 20 Mule Team Borax, Heinz Vinegar, and Murphy Oil Soap. These made in the USA products have been around for 100 years and have truly stood the test of time.

Don't miss our ultimate source list of the oldest American made products!

Made in the USA Over 100 Years: The Original Green Cleaners

What's impressive about Arm & Hammer Baking Soda is the fact that it has been owned by the same US company, Church & Dwight Co., for 175 years! In 1846 John Dwight and his brother in law, Dr. Austin Church, started making baking soda in their New England kitchens. Today, Church & Dwight Co. is the biggest manufacturer of sodium bicarbonate (baking soda) in America. Though Arm & Hammer Baking Soda was originally developed to be used in baking, it has many uses as a natural cleaning product:

Borax is a naturally occurring mineral found in the Mojave Desert, California. The discovery, mining, and transporting of Borax was a big part of the American West in the late 1800s. The heat in Death Valley, and the weight of the Borax made it quite a challenge to get large amounts out quickly. This led to the creation of sturdier wagons pulled by a 20 mule team that was able to get the product out safe and fast. The mule teams were used until railways were built. Today, the 20 Mule Team is the trademark of Borax.   Around the house, 20 Mule Team Borax has many uses as a green cleaner:

The H.J. Heinz Company was founded in 1869 and produced sauces and pickles in America. This new company also manufactured the vinegar used in these products. It didn't take long for Heinz to think out of the box and begin bottling and selling the vinegar alone, making it the first company in the US to do so. White distilled vinegar is a natural disinfectant and is a great alternative to bleach. However, it has been reported that some white vinegar could be made with petroleum, thus eliminating the “Green” factor.  Vinegar manufacturers do not have to let consumers know what is in their product.  Because of this controversy, Heinz came out with an  ‘All Natural Cleaning Vinegar' which is guaranteed to be made of only grain and water, and no petroleum.  Heinz White Vinegar  has many uses around the house as a safe, Eco- friendly cleaner:

Murphy Oil Soap has been around since the early 1900s. It was originally manufactured by a Cleveland, Ohio company, Murphy- Phoenix Co., that made oils for machines, harnesses, and valves. In 1991, Murphy Oil Soap was purchased by Colgate Company and is still made in Ohio.  Murphy Oil Soap is made from plant-based cleaning agents, contains no phosphates, and is biodegradable. Using on unfinished wood surfaces is not recommended- always test on a small area before using. Most people think of Murphy Oil Soap as a wood floor cleaner, however, it has many uses:

Do you have any favorite “Old School”, Eco-friendly cleaning products or tips? Share with us. 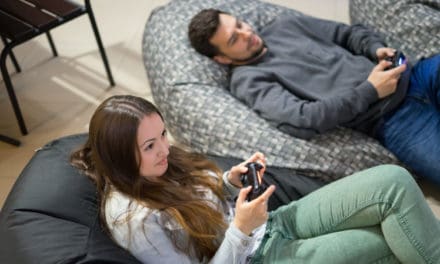 Best Bean Bag Chairs Made in the USA 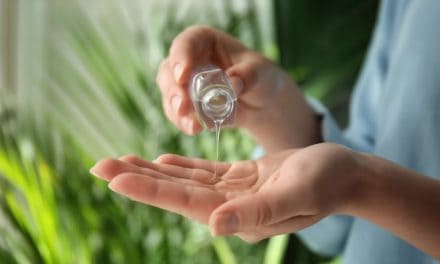 How to Make Natural Hand Sanitizer: An American Made DIY 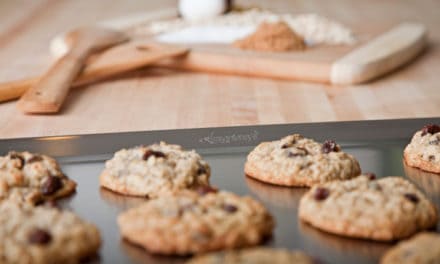 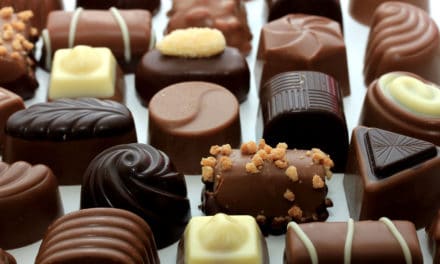 Our Favorite Hand-Dipped Chocolates by State