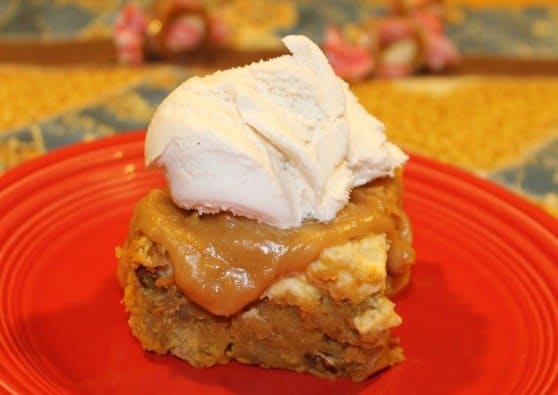 In the days before Pinterest was invented, I would HAND WRITE a recipe I wanted to try and add it to my three-ring binder recipe book. More times than not, this would lead to interesting recipe results as 1) I couldn't always read my own handwriting, and 2) I would copy recipes down incorrectly… 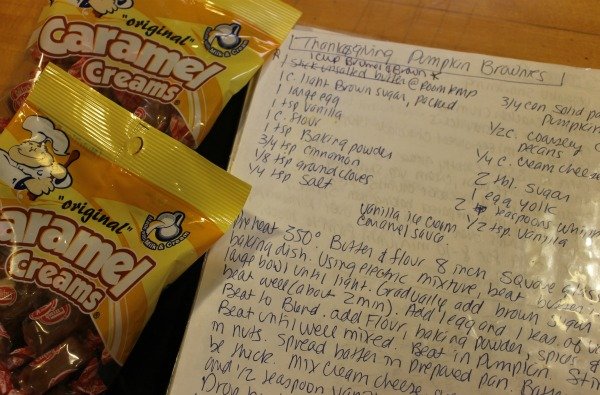 This pumpkin recipe falls into the second category. The first time I followed it, in the hours before bringing it as a dessert for Thanksgiving at the in-law's, I noticed that this recipe did not, in fact, give me brownies. My end result was more the texture of pumpkin pie. I brought my “brownies” anyway, and they were a hit! Now I make them every year for Thanksgiving.

This year, my daughter Sophie is learning how to make them. 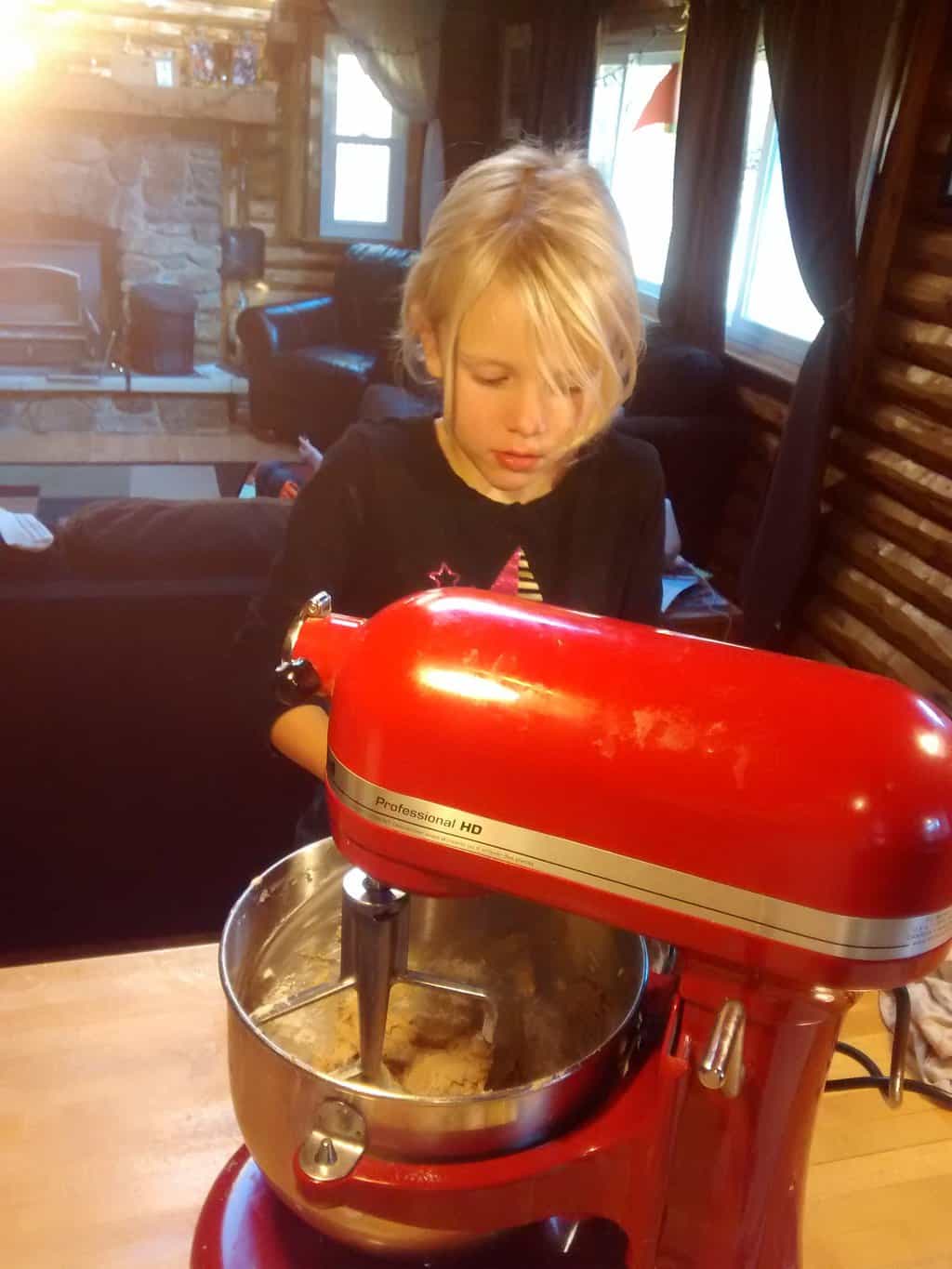 She loves being in charge of the speed controls to our assembled in Ohio KitchenAid stand mixer. 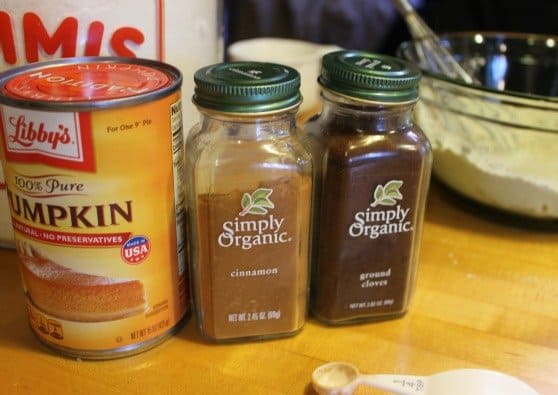 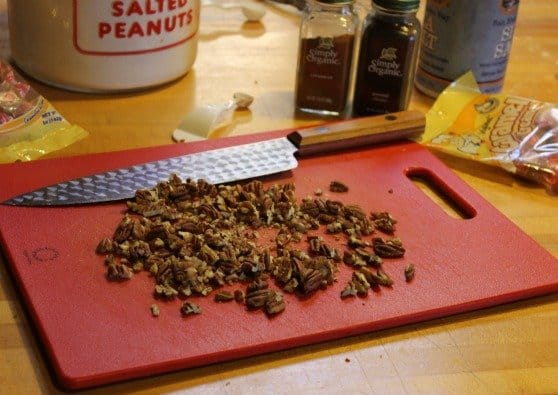 My Warther Cutlery chef's knife and Dexas cutting board are used to slightly chop the pecans. 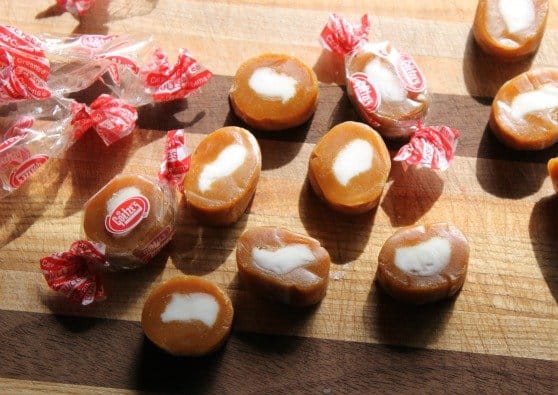 Mmmmm….made in Maryland Caramel Creams… It's so hard not to eat them all up before they turn into the Caramel Creams Caramel Sauce topping! Notice in the previous photo the candy bags are closed. I know better than to open them before they are needed!

Bake for about 35 minutes. 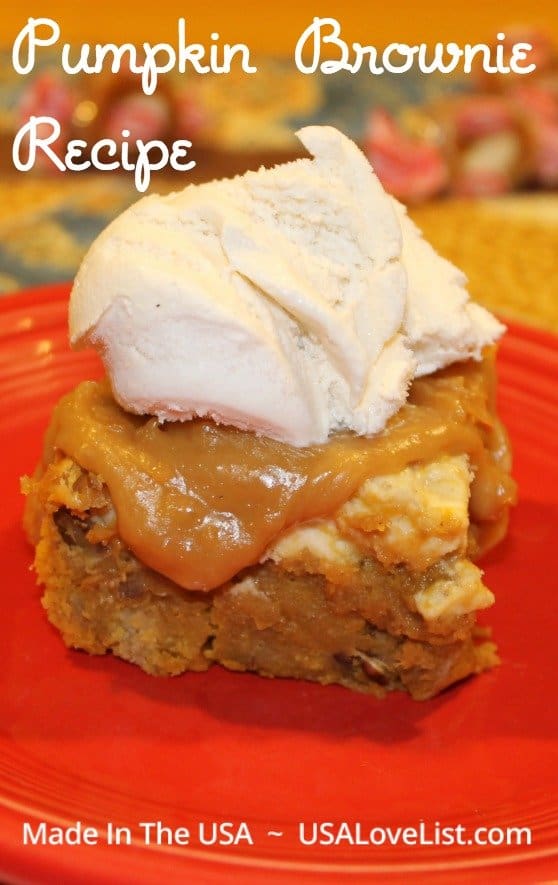 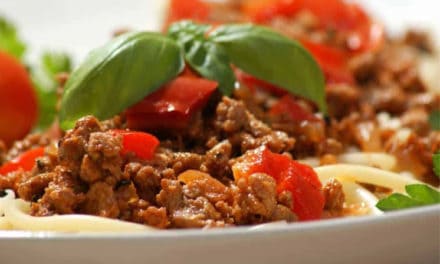 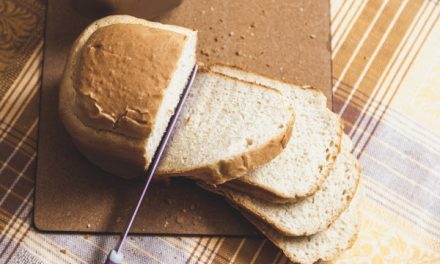 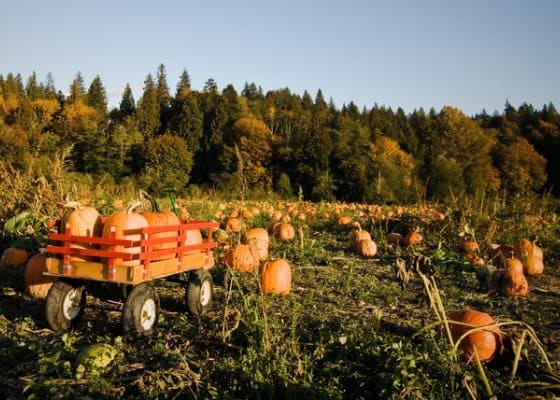 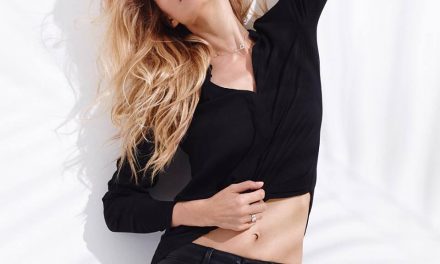